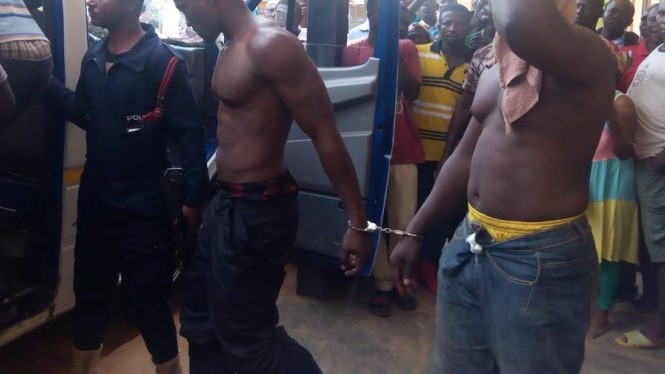 Calm has been restored at the Step to Christ Voters registration centre in the Awutu Senya East constituency in the Central Region following a shooting incident that nearly marred the voters registration exercise being undertaken by the Electoral Commission (EC) of Ghana.

However, four people who are suspected to be behind the shooting incident have been arrested by the Kasoa Divisional Police. A gun was retrieved from the gang in the process. What triggered the incident is immediately not known.

They have been transferred to Cape Coast, the regional capital for further investigations.

The Kasoa Divisional Police Commander, Chief Superintendent Charles Ampem Koosonu, interacting with journalists over the incident revealed that his outfit moved in swiftly to douse the flame after they received information about the incident.

During the process, they also arrested four suspects who were escaping in a pickup.

“We have arrested four persons. We got information about the incident so we patrolled the town and met four men in a pickup vehicle which we arrested them to assist in the investigation. We retrieved one gun. We are transferring them to Cape Coast due to the tension in the Kasoa”, the Divisional Police Commander narrated.

The suspects are yet to be identified.

None of the political parties has claimed responsibility.

Three motorbikes said belong to some members of the NDC were burnt to ashes during the violent attack. 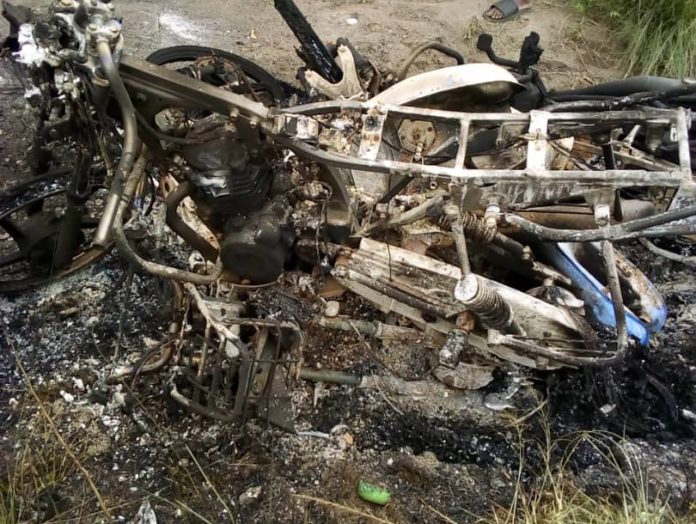