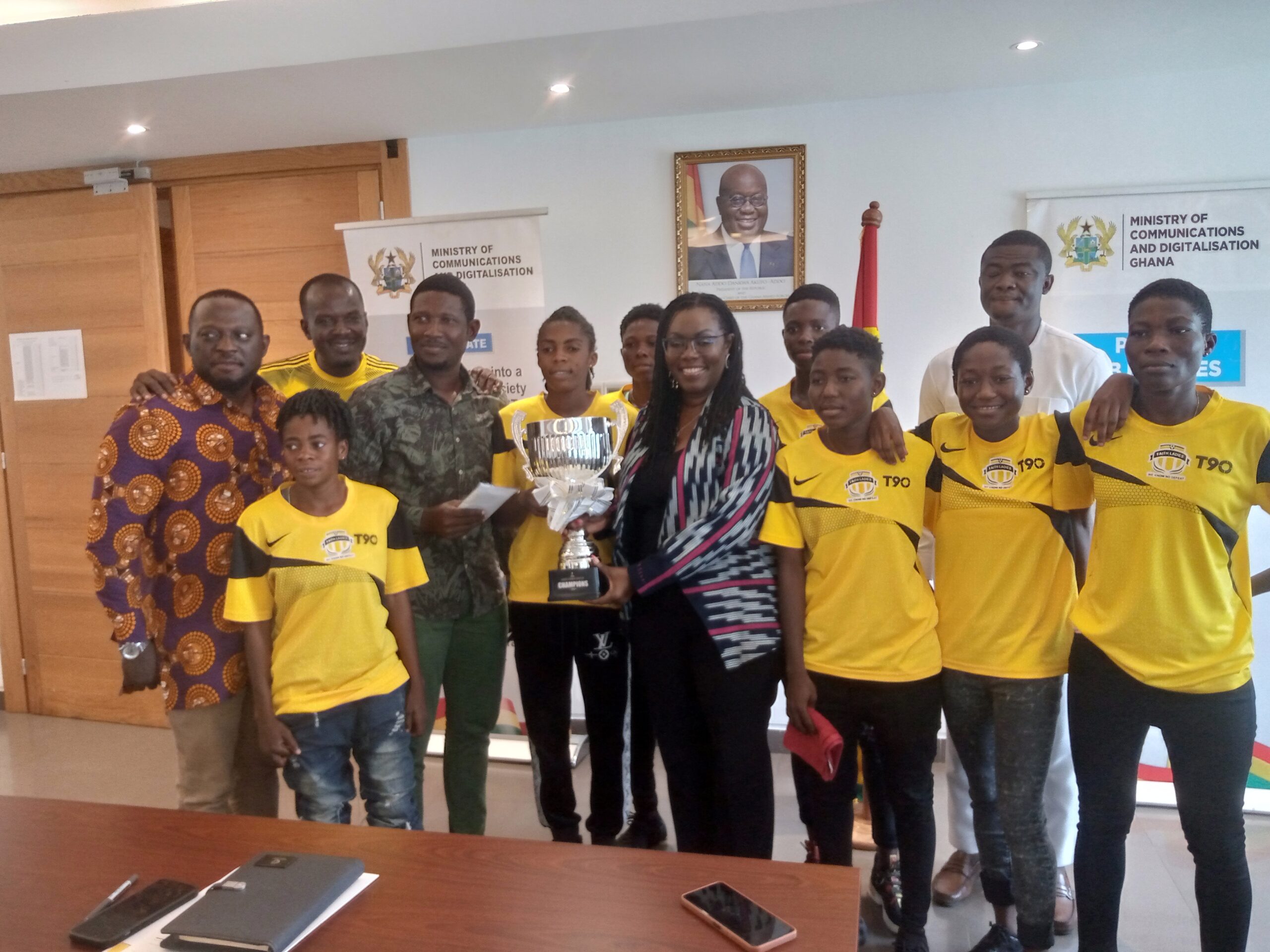 The move by the team was to deepen their relationship with the Communications and Digitalization Minister whom they highly regard as their mother, patron and mentor.

It was also meant to officially present the team to the Minister who is also the Member of Parliament (MP) for Ablekuma Central, considering her enormous contributions to the team over the last three years.

“Having been crowned Super Cup champions, we felt that it is only appropriate to come to our mother and show her what we’ve been able to achieve so far, the impact we are also having in the community, the change in the lives of the young ladies in our community and we know that definitely, she will be supportive and very happy for us”, remarked Francis Mawutor, an official of Faith Ladies FC.

Officials of the club strongly believe that should the team be in the care of the honourable Minister, they would go on to win more laurels to honour Ablekuma Central constituency, the community in which the team operates from.

“Now the team is your team”, said Ebenezer Alortye, another official of the club. He added, “We know that your support will give us a high boost to win more trophies to honour Ablekuma Central constituency”.

Welcoming the team at her office, Hon. Ursula Owusu said “the name of the team exemplifies how unique you are. You live your faith and so against the odds, even in your first appearance in the league, you did very well and became second and in your second appearance, you’ve lifted the Super trophy. This is a testament to what you can do if you believe in your own self and work hard at it and you give it your all”.

She congratulated the team for not giving up despite the challenges confronting them and assured them of her unflinching support, stressing that “you can count on my support anytime”.

Filled with excitement, the Hon. Minister presented an undisclosed cash amount to the team for their sterling performance.