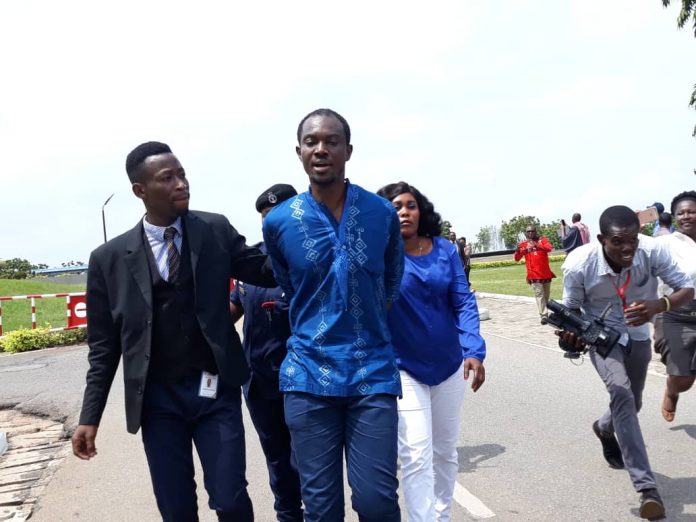 Activist Ernesto Yeboah who’s the Leader of the Economic Fighters has been granted bail after he was arrested at a vigil Saturday night in solidarity with the Black Lives Matter campaign at the Black Star Square in Accra.

The young politician has been charged for breaching the Executive Instrument (E.I) 64 signed by President Akufo-Addo which imposed some restrictions including a ban on public gathering in the wake of the coronavirus outbreak in Ghana.

The Police say Ernesto Yeboah did not have the permission to hold the event amid growing concerns of the outbreak of the Covid-19 pandemic.

But Ernesto Yenoah in an interview has dismissed the claims by the police and insisted that the police were duly notified of the event.

“Surprisingly these are two Legislations we took very seriously in organizing the event. It was at the centre of organising the event itself. So for the police to come out with this is very funny because the notice of the vigil was issued to them and it was also made public.”

The demonstration vigil by the Economic Fighters League is part of the spontaneous global campaign to draw attention to racial injustice in America following the killing of George Floyd in the hands of police.

On May 25, 2020, George Floyd, a 46-year-old black man, died in Minneapolis, Minnesota, after Derek Chauvin, a white police officer, knelt on his neck for almost nine minutes while he was lying face down handcuffed on the street.