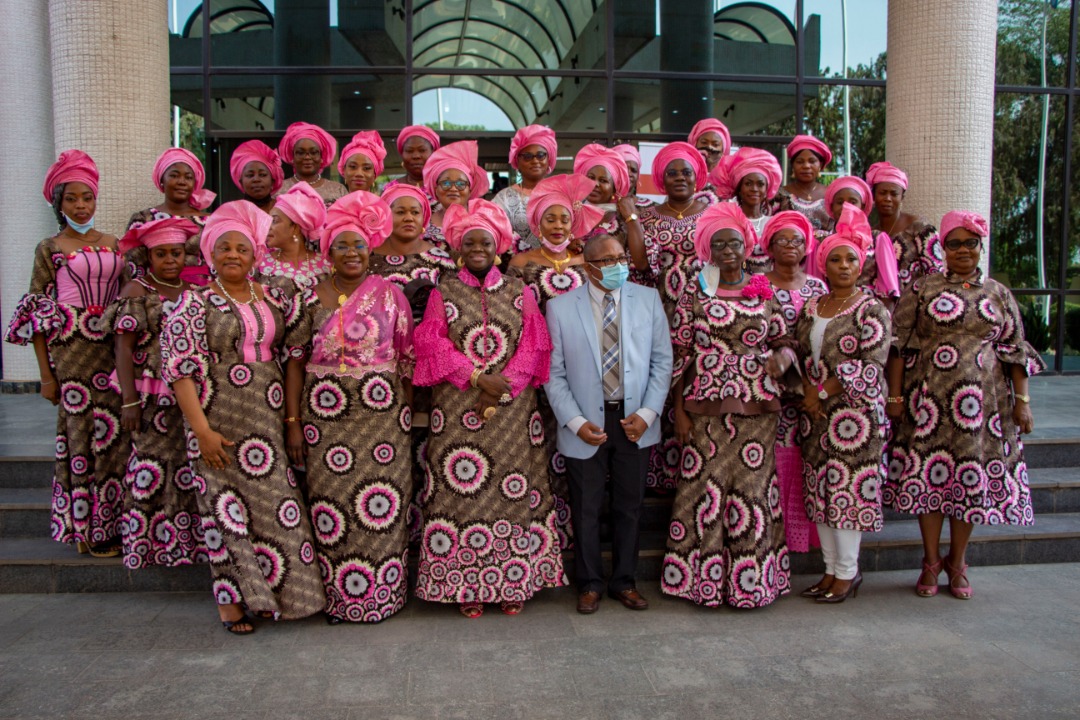 The ECOWAS Commission on Monday, March 8, 2021, joined the international community in observing the International Women’s Day.

March 8 was set aside by the international community to reflect on and commemorate the achievements made by women globally.

The ECOWAS Commemoration which took place virtually through videoconference, was attended by important dignitaries of the ECOWAS Commission.

During the commemoration, the ECOWAS Commission recognized its statutory female staff and the Amazons.

In her solidarity message on the occasion, Mrs. Finda Koroma, the Vice President of the ECOWAS Commission, underscored the importance of the celebration.

She said that millions of women are at the frontline of the ongoing strategy to rebuild economies and ensure Justice in the world.

“We have all the resources we need in Africa. What we need is committed people who will ensure that every citizen is given the basics and a chance to move beyond survival to contributing to our economies and wealth building”, she noted.

The Commissioner for Gender and Social Affairs at the ECOWAS Commission, Mrs. Fatima Jagne began by journeying through her academic education and work experience stating that the opportunities she was given from entry level to her present position taught her importance of responsibility, budgeting, decision making and human interaction.

Mrs. Fatima Jagne said she has always been fascinated with writing which is the secret of her success and ultimately influences every aspect of her life. She concludes by saying that words have made her who she is and today she tirelessly encourages people to use words appropriately.

Mrs Halima Ahmed encouraged women to go for the top positions: “You, the Amazons in the House, can help in realizing this. What is wrong with having a woman as the next President of ECOWAS Commission or Speaker of ECOWAS Parliament? Why do we have gender parity on appointments of Commissioners/Statutory appointees at the African Union Commission and not in ECOWAS?”

At the ocasion, Mrs Jacqueline Brou, the wife of the President of the ECOWAS Commision and godmother of the ECOWAS Amazons said that Women have always been discriminated against.

However, their ascension to decision-making positions in our societies is a catalyst for progress, stability, peace and development. She stated that in this context, we all welcomed the recent appointment of Mrs. Ngozi Okonjo-Iweala as the first woman Director-General of the World Trade Organization (WTO) after six male Directors at the head of the global institution. In

Ending her remarks, Mrs. Brou encouraged more work for the advancement of more women in national and international bodies.

The celebration also featured a presentation by Prof. Jeremias Dias Furtado, Commissioner for Human Resources at the ECOWAS Commission. Professor Dias Furtado elaborated on the overview of the female staff of ECOWAS in terms of statistics. He assured that they are working hard to address the gender balance situation in all ECOWAS institutions.