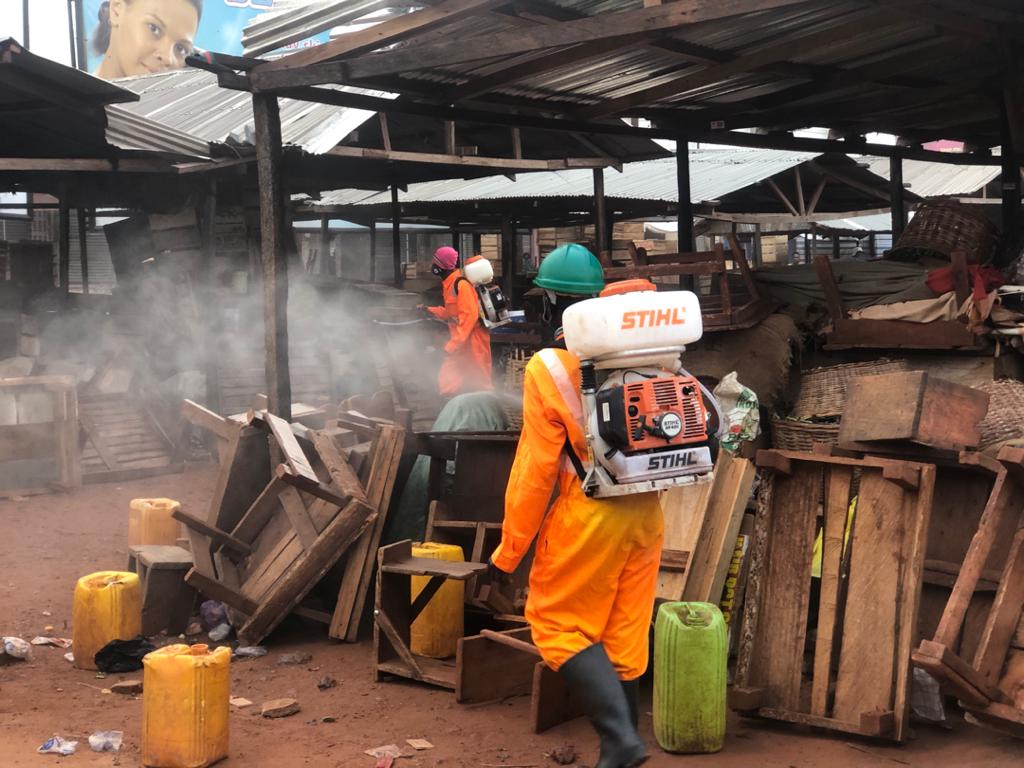 The Deputy Minister for Savannah Region, Hon. Samuel Yeyu Tika, has stated that, President Akufo Addo’s decision to add disinfection exercise in the fight against COVID-19 since the outbreak entered into the country, has contributed tremendously to reduce the spread of the virus.

The Deputy Minister lamented that, when compared methods being used to fight the virus in some develop countries to that of Ghana, it shows clearly that President Akufo Addo and the NPP government has done marvelously well.

Hon. Yeyu Tika made this assertion in an interview, during the ongoing 3rd phase of the nationwide markets, lorry parks and other public places disinfection exercise at Damongo in the Savannah Region.

The nationwide disinfection exercise which is aimed at controlling the spread of the Covid-19 pandemic in the country, is a collaboration between the government and Zoomlion Ghana Limited.

The 3rd disinfection exercise according to Hon. Samuel Yeyu Tika, is to ensure that the pandemic is kept under control in the region and country at large.

He averred saying, it is a known fact that President Akufo Addo since day one that the virus entered the country, have been able to manage it as compared to some develop nations.

“From the beginning, the President told the whole nation that he would fight the virus and indeed, he has been able to control it as promise,” he stated.

The Deputy Minister commended Zoomlion Ghana Limited for the dedication and support given to government in the fight against the spread of COVID-19 in the country.

He therefore appealed to all Ghanaians particularly, the people of Savannah Region to contribute their part to ensure that the environment is always kept clean.

Hon. Tika further entreated the people to make sure they follow the laid down COVID-19 protocols in other to control the spread of the pandemic.

“People should not think that because they have not seen anybody infected with the virus, so the disease is gone. Rather, you have to protect yourselves and your family because the virus is real”.

The Human Resources Manager for West Gonja Municipal Assembly, Mr. Mahama Abdulai who represented the Municipal Chief Executive, Hon. Saeed Muhazy Jibril said, the nationwide disinfection exercise would go a long way to reduce the spread of the pandemic in the country if not eliminated.
He praised Ziomlion for being a good partner to government for all this years and urged them to continue with the support given to President Akufo Addo and the government.
The Zoomlion Regional Manager for Savannah Region, Mr. Dawuni Peter on his part disclosed that, the exercise is being carried out in 58 markets to cover 7 MMDAs in the Region.
Zoomlion he mentioned, is doing everything possible to assist the government fight the spread of the virus in the country saying, the company’s door is opened 24 hours to collaborate with individuals, cooperate bodies etc to disinfect their offices, homes and wherever people go to meet.