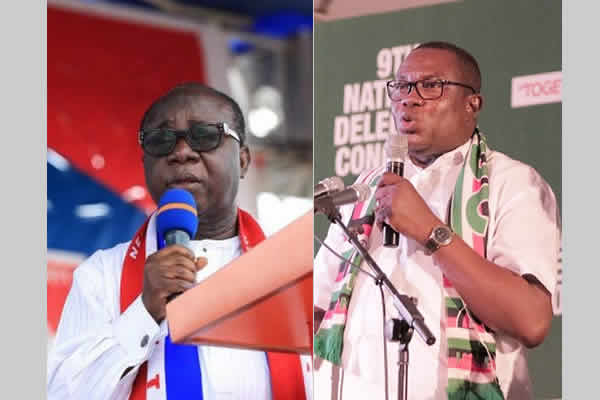 The New Patriotic Party (NPP) has officially written to the opposition National Democratic Congress (NDC) inviting them for a meeting to discuss and explore ways of permanently disbanding the various vigilante groups associated with the two major political parties.

The letter dated March 15, 2019, and signed by the General Secretary of the NPP, John Boadu, said the invitation is not only necessitated by the President’s call during the 2019 State of the Nation’s Address, but also, by the legitimate concerns expressed by overwhelming Ghanaians about political vigilante groups, and the need for the two political parties to do the needful in the interest of the nation.

To the NPP, the time for the said crucial meeting is now, calling on the NDC to avail themselves for the exercise in the course of the week and also urging them to look for a suitable venue convenient to them.

“You would recall that, since the President made this call, our National Chairman, Hon. Freddie Blay, has been engaging your good self in telephone conversation on the subject. We think that time is now rife for the parties to hold this crucial meeting, which the whole nation has been looking forward to”, the letter which was addressed to the National Chairman of the NDC in part read.

The NPP said they have also acceded to a request by the NDC to expand the scope of the engagement to include multiple stakeholders, noting that the “NPP avails itself for this consideration at the meeting, which will afford the two parties the opportunity to agree on the various stakeholders to be invited in the subsequent engagement”.