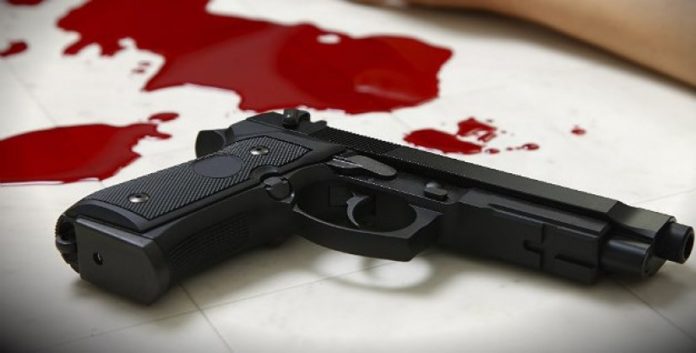 A gun shooting battle between suspected armed robbers and residents of Denkyira-Akwaboso in the Diaso enclave has resulted in the death of five members of the robbery gang with two including a female said to be in the run.

A police wireless message announcing the incident that occured on Friday, September 3, 2021, said the suspected armed robbers had attempted to rob the residents but their efforts were swiftly detected by the residents who engaged them in a shooting battle.

Following the death of the five, the Diaso District Police Command Police were informed about the incident.

“Police proceeded to the scene and found five young men lying on the ground, dead. The bodies together with the scene were photographed and inspected. Various degrees of gun shots wounds were found on all the bodies”, the Police wireless message in part read.

According to the Police, they found two locally manufactured guns and fourteen cartridges at the scene.

The Police said one of the dead was identified as Attah, a hardened armed robbers with the community and on the Diaso Police wanted list.

The bodies of the dead, the Police added, have conveyed to the Sefwi-Bibiani Government Hospital mortuary for preservation, identification and autopsy while investigations continues.