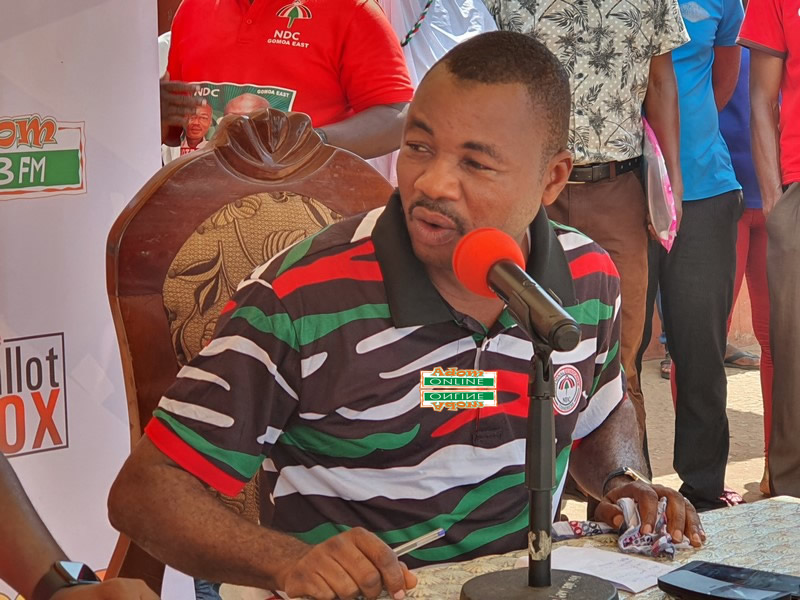 A businessman, Akwasi Adjetey, has filed a suit at an Accra High Court against the National Democratic Congress (NDC) parliamentary candidate for Gomoa East, Desmond Degraft Paitoo, demanding an amount of GH₵498,815.85, from the politician for allegedly destroying his business.

In his statement of claim, Adjetey, an export and import businessman who deals in biscuits contends that, he engaged the NDC parliamentary candidate who is a clearing agent to clear his 21 containers of biscuits he had imported from India at the Tema port in 2014.

According to him, after engaging Paitoo (Defendant) over how much to pay for the clearing of the 21 containers, they settled on an amount of GH₵625,500.00, the said amount of which was paid into the personal Cal Bank, Okaishie branch, account number 131018030419 of the NDC parliamentary candidate for Gomoa East by installments.

Adjetey further noted that as at April 23, 2015, he had paid a total amount of GH₵625,500.00 into the personal account of Paitoo for the clearance of the said 21 containers.

However, the business did not go on as agreed, with Paitoo clearing only 18 containers at a cost of GH₵520,884.14 and leaving the remaining three also at a cost of GH₵104,615.89 unattended to.

To Adjetey, for almost eight months, he used every means available to him to pursue Paitoo to clear the remaining three containers of biscuits but was unsuccessful.

The remaining three containers which have not been cleared, according to Adjetey, attracted demurrage charges to his disadvantage and upon further demands from Paitoo to clear the goods, the NDC parliamentary candidate “reluctantly made a part payment of GH₵64,000.00 out of the GH₵104615.89 outstanding balance creating a false impression that he will pay the remaining amount of GH₵40,000 in earnest so as for the three containers to be cleared”.

Adjetey said the Defendant having paid the custom duties of GH₵64,000.00, again failed to pay the remaining balance of GH₵40,000.00 to the port authorities, compelling him to engage the services of another clearing agent to assist him in the clearing of the goods.

He averred that in addition to the remaining amount of GH₵40,000.00 he paid the second clearing agent, he further paid an amount of GH₵140,000.00, which amount was for the payment of accumulated demurrage charges, rent and other statutory port charges before the said containers were cleared.

Adjetey further narrates that when the second clearing agent cleared the said containers, it was discovered that the biscuits in the three containers had “gone bad and not appropriate for human consumption”.

This informed his thoughts to further engage Paitoo “orally about the state of the said biscuits before same were destroyed”.

“The conduct of Paitoo in the whole transaction has destroyed my business”, he noted in a telephone conversation with our reporter.

Adjetey laments that he has an outstanding amount of GH₵40,615.85 with Paitoo, an amount he is demanding after the politician failed to clear the said three containers.

Further to that, he is also demanding an amount of US$79,000, equivalent to GH₵458,200.00 being the cost of the biscuits in the three containers that were destroyed from Paitoo, having been paid the clearance fee but failed to do so.

According to Adjetey, having informed Paitoo to pay him all his outstanding money as well as that of the cost of the destroyed biscuits, the NDC parliamentary candidate has failed to make any payment, alleging that he, Paitoo, is using his strong political connections to destroy his business.

He said unless ordered by the Court, Paitoo will not pay him the said amount out of which GH₵40,615.58 is an outstanding balance of the total amount of money the Plaintiff paid for the clearance of the 21 containers of biscuits and an amount of GH₵458,200 being the cedi equivalent of US$79,000 being the total cost of the biscuits in the three containers that were destroyed because same went bad and unfit for human consumption.