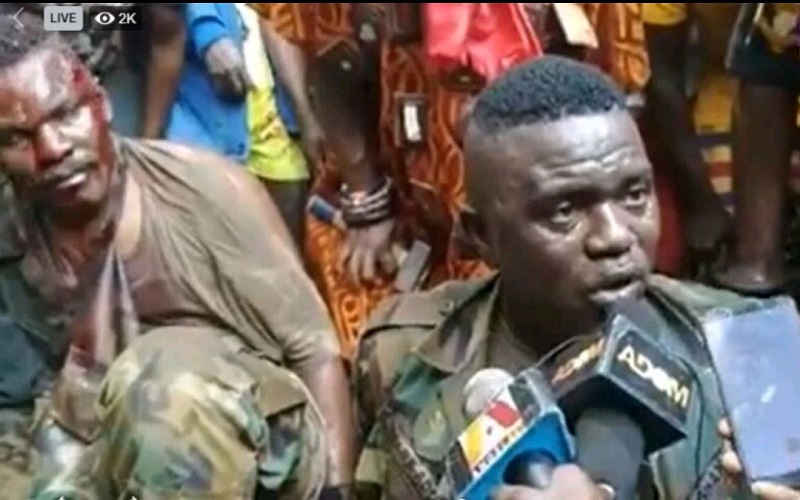 The two soldiers who were brutally assaulted at Dome Faase near Obom-Domeabra in the Ga South Municipaltiy on Tuesday, August 25, 2020, by some unidentified residents were on official duty, deputy Minister of Defence, Major (Rtd) Derrick Oduro has revealed.

The duo, according to him, were part of the team (Operational Calm Life) that were assigned to the area to maintain peace and order.

He said the soldiers were therefore on a legitimate assignment and should not have been subjected to mob attack in which they nearly lost their lives.

They two who have been identified to have come from the Army Headquarters and the 64 Infantry Regiment were attacked at a stone quarry which is in dispute. They were on guard duty at the said facility.

Some persons familiar with the issue say the residents embarked on a demonstration to protest ongoing works on the disputed land and ended up at the site where they began pelting stones at the soldiers and a heavy-duty machine.

Sensing danger, the soldiers fired warning shots in a bid to disperse the irate residents but such a move did not deter them.

Before they realized, they had been surrounded by the irate residents living them with no option than to surrender. The residents, however, did not spare them as they beat them up, and ripped apart their uniforms, suspecting that they were land guards posing as soldiers.

Interacting with Kasapa News over the issue on Wednesday, August 26, 2020, Maj. Rtd. Derrick Oduro said the army will not let go the issue as they have launched a special operation to arrest all the perpetrators involved in that dastardly act.

“We’ve thrown our men out there to fish out everyone who took part in the assault. There’s no hiding place for the perpetrators, the video coverage of the incident is aiding us to identify and arrest the people.”

So far, more than 50 people have been arrested by the military team dispatched to the area.