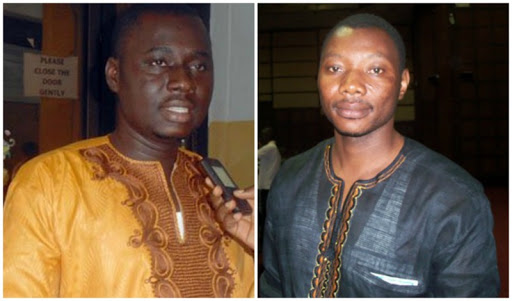 The General Secretary of the Peoples National Convention (PNC), Atik Mohammed, is demanding the arrest of the party’s National Chairman, Bernard Mornah, for allegedly threatening civil unrest in the country should the voters’ registration exercise being pursued by the Electoral Commission (EC) of Ghana go as planned.

To Atik Mohammed, the remarks of his party’s chairman amounts to treason since it violates some other laws of the country.

Therefore, Mr. Mornah’s arrest will afford the Police the opportunity to question him and find out the motive behind his alleged treasonable comments.

The PNC General Scribe believes that if such comments are allowed to pass without any action, some persons with sinister intents may be emboldened to cause mayhem to the nation.

Mornah had in his interacting with journalists with the sidelines of a press conference organized by the Inter-Party Resistance Against New Voters Register, suggested that if the EC does not amend its ways, especially, the approach in creating a new voters register, they will go down the violence path.

However, Atik Mohammed feels that Mornah’s comments was in bad taste and therefore must be interrogated by the Police.

Speaking on Accra-based Peace FM on Thursday, May 28, 2020, Atik Mohammed said “Merely being the Chairman of a political party doesn’t give you the license to spew gibberish. And I’m on this occasion inviting the Police that they should invite Bernard Mornah for his comments. If you threaten mayhem; if you threaten violence; chairman (referring to host, Kwame Sefa Kayi), threats of violence, and the visitation of violence on whoever are both offenses under our Criminal Offences Act”.

He added “So, you cannot threaten mayhem against a state agency doing its work within the limits of the law without the police inviting you. What if they wait and you actually give effect to your threats? I believe the Police Administration is not just there to deal with criminals but to ensure that crimes are not even committed in the first place. And so, if somebody is threatening mayhem in this country, the person’s insurance cannot be the fact that he is the Chairman of a particular political party. Ofosu Ampofo is standing trial. He is the Chairman of a political party; I do not see the reason why the Police cannot invite Bernard Mornah”.

Commenting further, Atik Mohammed shared the PNC’s position on the compilation of a new voters register, stressing that the party is in full support of the exercise expected to be carried out the EC, a position which conflicts Mornah’s stance.

“Individuals can hold positions and I think that if you belong to an organization such as a political party, sometimes party discipline requires that if there is a position of a party, you shelve yours because you don’t work for yourself; you work for that entity. But frankly, the PNC is in such a state where there is a little bit of disorder and so you find people acting treasonably to the common good and to the common interest and so I’m not surprised that people will take personal positions contrary to the party’s position. The new registration exercise is a process that is going to deepen our democracy. If we put aside our political interests and speak the truth, I do not see why it is difficult to do a new register”, he noted.