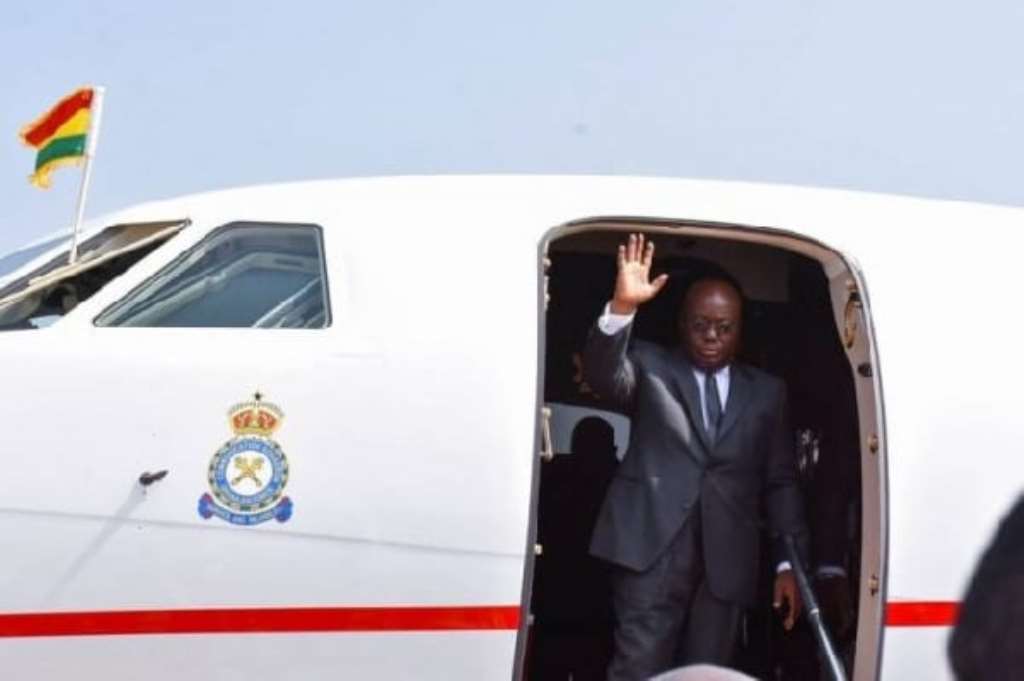 The Minister of Defense, Dominic Nitiwul, has told Parliament that should a new wider presidential jet be bought today, it will be delivered in the year 2025 by which time President Akufo-Addo would have been out of office.

According to him, the fuss against the procurement a new presidential jet for the country is neither here nor there as the Ghana Armed Forces in in urgent need of the aircraft for the use of government business as the current one, the CASA 295 being operated is not suitable for government business.

“Mr. Speaker, when I contacted both Boeing and Airbus, they told me that it will take about three years for them to be able to deliver a new aircraft to Ghana. What it simply means is that if I were to make a decision today, and government will have money for the Ministry of Defense to purchase an aircraft, the least time for the aircraft to arrive is the first quarter of 2025. This current President will not sit in that aircraft as President. He may sit as ex-President. So that is where we are today, Mr. Speaker”, he noted at a plenary sitting on Tuesday, December 14, 2021.

Mr. Nitiwul was responding to a question posed by the National Democratic Congress (NDC) Member of Parliament (MP) for North Tongu, Samuel Okudzeto Ablakwa. Mr. Ablakwa had asked for Mr. Nitiwul “what was the policy justification for the purchase of a new presidential jet?”

Justification for a new jet

Commenting further on the issue, Mr. Nitiwul confirmed to Members that the Ghana Air Force has indeed written to the Minister of Defense, requesting for a new wider aircraft for the use of Government Business as the one currently in use is not fit for purpose.

He said it has it has been the policy and strategy of the Ghana Air Force to maintain a minimum of two Fixed Wind Aircraft, which consist of a main (wide body aircraft) and supporting aircraft that are required to undertake thorough and effective Government Business.

“Mr. Speaker, hitherto, the Ghana Air Force operated Fokker 28 Executive Jet as the main aircraft and Fokker 27 as the supporting aircraft until in the year 2010 when both aircrafts were decommissioned. Currently, the Ghana Air Force has the supporting aircraft which is the Falcon 900 Executive Jet, but lacks the main wide body aircraft which it needs for all Government Business”, he explained.

He added “in the absence of the main wide body aircraft, the Ghana Air Force has been temporarily using the CASA 295 to fill in for the shortfalls and gaps created by non-availability of the specific aircraft designed for this task. It must be noted that the CASA 295 is not suitable for Government business in view of its design and features, making it a pure military aircraft”.

He cautioned that until government acquired a wide body aircraft for the Ghana Air Force, the task assigned them will continue to face major challenges and difficulties.

The Defense Minister, who is also the New Patriotic Party (NPP) MP for … said consultations are ongoing with government, Parliament, religious bodies and trade unions among other groupings for the purchase of new aircraft and navy ships for the Ghana Air Force and Ghana Navy to enable them “efficiently defend our nation as expected”.

When asked when his office received a letter to that effect and the cost implication to the country, Mr. Nitiwul said his office had been discussions with the Ghana Air Force over the matter for over a year but officially requested they submit a formal letter in September, 2021.

“Mr. Speaker, in October a formal letter was submitted. The Ghana Air Force does not determine the cost of the aircraft. The cost is determined when government has made a decision to purchase the aircraft and selected a vendor. The vendor will then submit the cost to us. All they have requested for is that we need a wide body aircraft to do government business”, he said.