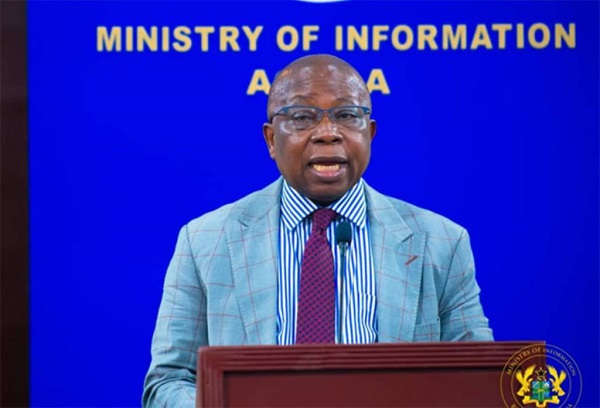 The President, Nana Addo Dankwa Akufo-Addo, has confirmed news that the Minister of Health, Kwaku Agyemang Manu has tested positive for the novel Coronavirus (COVID-19).

Media reports were rife over the weekend that the Health Minister who is also the Member of Parliament for Dormaa Central constituency, had been infected with the virus.

However, there were other new reports saying the Minister had denied contracting the virus and that he was only taking a rest at the University of Ghana Medical Hospital facility.

The said reports had captured a Facebook wall post of broadcast journalist, Afia Pokua, where she was reported to have had a telephone conversation with the Health Minister over his status and denied contracting the virus.

“Spoke to the minister of health. He says he’s fine and doesn’t have COVID but only needed rest and his usual medication,” kasapafmonline.com quoted Afia Pokua as having written such on her Facebook wall.

Nevertheless, in his 11th update address to the nation over Ghana’s fight against the coronavirus on Sunday, June 14, 2020, President Akufo-Addo confirmed that the Health Minister was suffering from the disease and wished him a speedy recovery.

“Let us also wish our hard-working Minister of Health, Kwaku Agyemang Manu, MP for Dormaa Central a speedy recovery from the virus which he contracted in the line of duty and he’s in a stable condition.”