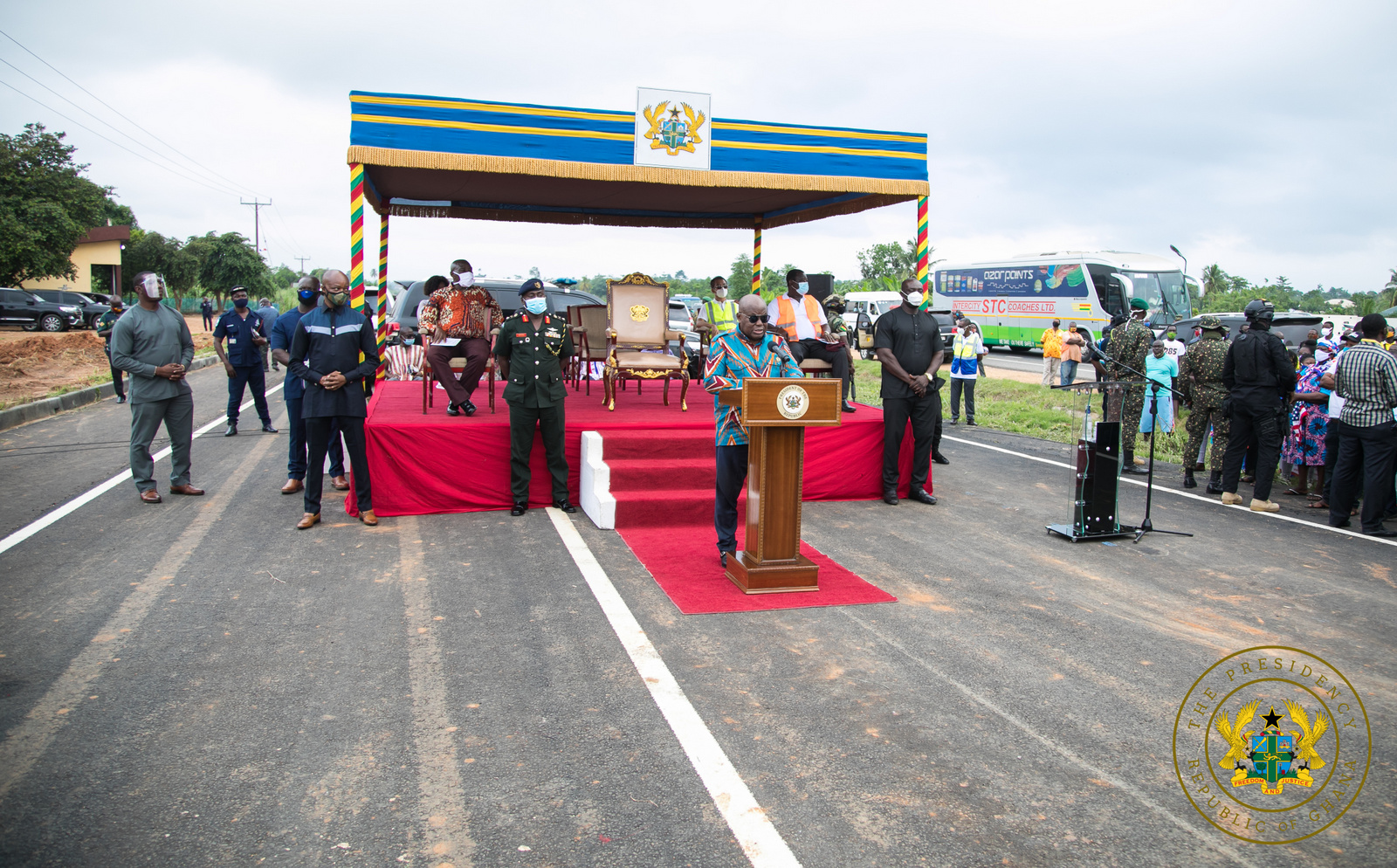 The President of the Republic, Nana Addo Dankwa Akufo-Addo, on Friday, June 26, 2020, commissioned the Suhum Interchange, to alleviate the plight of the general public who use that section of the Accra-Kumasi Dualisation Project.

Delivering his remarks at the ceremony, President Akufo-Addo stated that the commissioning of the interchange is further evidence of Government’s commitment to continue with and complete successfully major infrastructure projects that were inherited from previous governments.

This, he explained, is to ensure that the expected socio-economic benefits can be enjoyed by all Ghanaian people, and reaffirms the commitment of his Government to provide quality infrastructure for all.

With the Suhum Interchange being a part of the Nsawam by-pass and Kwafokrom to Apedwa Junction Project, it will be recalled that the 9.1 kilometre Nsawam by-pass dual carriageway project was awarded in May 2008, during the administration of President John Agyekum Kufuor, and was scheduled for completion in August 2010. 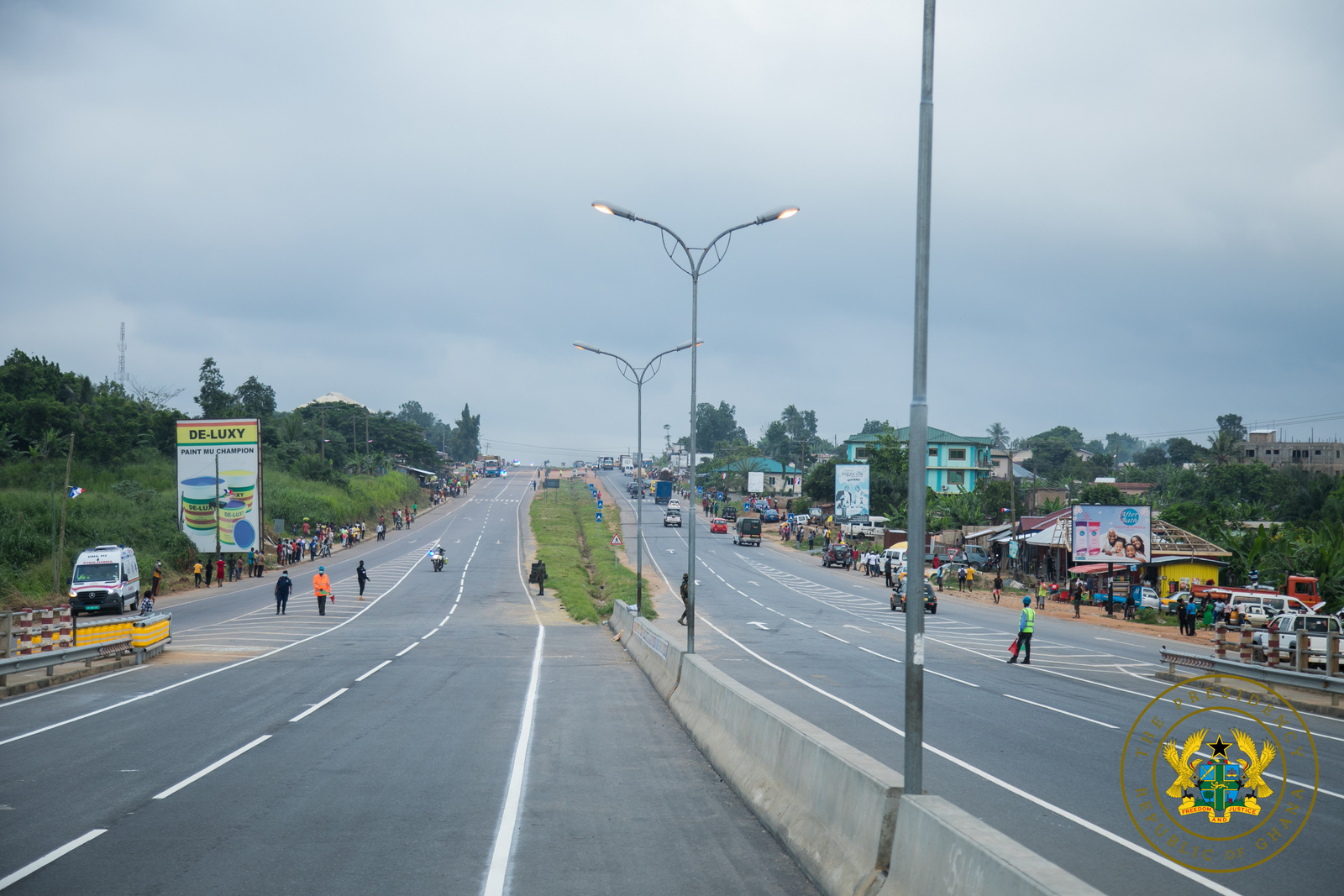 Again, the 31.7 kilometre Kwafokrom to Apedwa junction dual carriageway project was also awarded in September 2008, again in the Kufuor era, and was scheduled for completion by March 2012. However, due to several challenges, mainly associated with payment delays, the project suffered many periods of suspension by the contractor.

“Upon my assumption of office, work resumed, in June 2017, on the south-bound carriageway of the Kwafokrom to Apedwa section, including the Suhum Interchange. We were, however, unable to open the interchange to traffic due to some outstanding safety works. The Ghana Highway Authority has, since, ensured that the bridge can be opened for public use,” the President said.

He continued, “the north-bound carriageway works, including the construction of eight (8) footbridges along the road corridor, were also repackaged, and work commenced in January 2019. The entire Kwafokrom to Apedwa junction project is expected to be finally completed in April 2021.”

President Akufo-Addo noted that similar interchanges, tunnels and underpasses have become an integral part of all road planning and construction activities in the country, adding that the Suhum Interchange will “afford residents the comfort of going about their normal activities, without fear of, for instance, being knocked down by vehicles”.

The improved conditions of the country’s highways, the President reiterated, imposes a collective duty on the citizenry to be mindful of their responsibilities on the road.

“I urge motorists to be extra careful on our highways, and also resist the temptation of over speeding on good road sections. Improved roads should be a catalyst for national development, not instruments of death and pain,” he added. 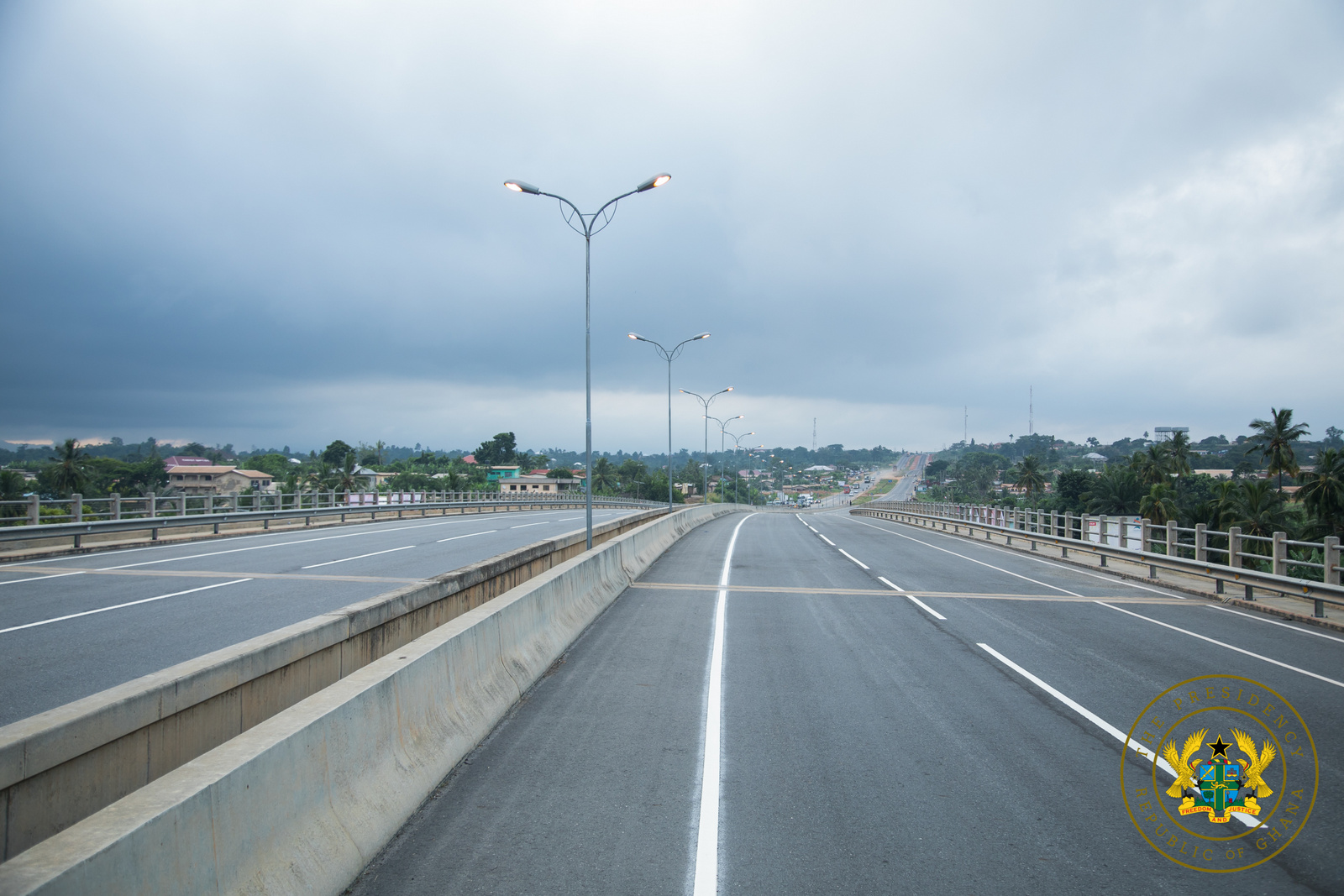 The President expressed the gratitude of the nation to workers, security agencies, contractors and the supervising agency, the Ghana Highway Authority, for a good work done on the project.

“I am expectant that this same attitude of collaboration, hard work and excellence is being extended to all other infrastructural projects being undertaken in other sectors of our economy. I urge, once again, all motorists and road users to follow the traffic control and management schemes that have been deployed in this section, so as to ensure safety for all,” he added.