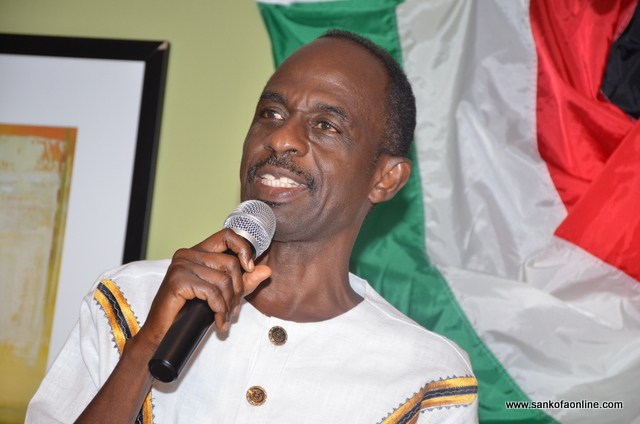 Series of murder cases recorded in the past 30 days including that of Ahmed Hussein-Suale, an investigative journalists who was working with Anas Aremeyaw Anas and his Tiger Eye PI, has provoked the opposition National Democratic Congress (NDC) to descend on the government led by President Nana Addo Dankwa Akufo-Addo.

In a statement dated Friday, January 18, 2019, and signed by the General Secretary, Johnson Asiedu Nketiah, the party said the series of murder cases recorded in the country and the security agencies failure to make any arrest and bring the perpetrators to book is a clear demonstration that the safety and security of the people have been compromised by the government.

“The current situation evokes a sort of lawlessness that demonstrates failure on the part of the Akufo-Addo government to live up to its most fundamental responsibility – guaranteeing the safety and security of Ghanaians”, the statement in part read.

It added “There is no doubt, in the wake of the recent gruesome killings that we are in an era of contract killings reminiscent of the final years of the previous NPP Administration. The impunity and nonchalance with which these murders have been carried out, point to an emboldening of the criminals behind them, which stems directly from the unacceptably weak response from government and security agencies”.

Don’t use Kennedy Agyepong as scapegoat

Touching on the gruesome murder of the Hussein-Suale, NDC cautioned that the security agencies should not to focus their attention solely on the Member of Parliament (MP) for Assin Central, Kennedy Agyepong, as a prime suspect and use him as a scapegoat.

The NDC which is the largest opposition political party in the country urged the security agencies to look beyond the Assin Central lawmaker and strive hard to bring the perpetrators of the heinous crime to book.

According to the party, while it agrees in principle Hon. Agyepong’s possible involvement in the murder of Hussein-Suale, it would be prudent for the security agencies to tread with caution.

“We have also noted public outcry and demand for the arrest of Kennedy Agyapong, MP for Assin Central. While taking a serious view of his outrageous call for the assault of the late journalist and agreeing in principle with his questioning for possible involvement in this crime, we caution against the mere scapegoating of Mr. Agyapong as a ruse to cover up a potentially more sinister plot behind this killing”, the statement in part noted.