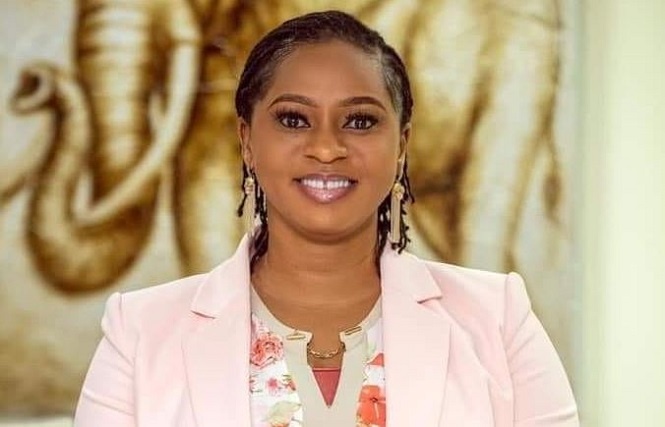 The Member of Parliament for Dome-Kwabenya, Sarah Adwoa Safo, has been relieved from her post as Minister of Gender, Children and Social Protection, by President Akufo-Addo.

This follows her long absence from duty.

She becomes the first woman casualty to be relieved from her post in the first and second administration of President Akufo-Addo.

A statement released in Acccra dated Thursday, July 28, 2022, and signed by the Director of Communications, Office of the President, Eugene Arhin, said the “Minister for Sanitation and Water Resources, Madam Cecilia Abena Dapaah, will continue to act as caretaker for the Ministry of Gender, Children and Social Protection”.

Adwoa Safo has been missing in action from her Ministerial and Parliamentary duties for most part of the year, compelling critics of the government and even party faithful of the governing New Patriotic Party (NPP) to call for her head as Minister.

Some including MPs from her own governing party also wanted her to be relieved from her parliamentary duties and declare the Dome-Kwabenya seat vacant.

At a parliamentary sitting on Thursday, July 28, 2022, for instance, an attempt by the Majority Leader and Minister for Parliamentary Affairs, Osei Kyei-Mensah-Bonsu, praying to the Speaker for Parliament to consider adopting a report of the Privileges Committee was shot down.

Even though the report was silent in making recommendation for the Dome-Kwabenya seat to be declared vacant following Adwoa Safo’s refusal to appear before the Privileges Committee on two occasions, the posture of the NPP Majority front was clear that they wanted her head.

However, their move was fiercely resisted by the NDC Minority after the Leader, Haruna Iddrisu, raised procedural error in Osei Kyei-Mensah-Bonsu’s plea to the Speaker.

He also told the House to be guided by a similar event in 2005 when then MP for Nkoranza North, Amoateng, was arrested in the USA or narcotics related offence.

After heated debate over the matter, the Speaker, Rt. Hon. Alban Sumana Kingsford Bagbin, ruled for the consideration of the Privileges Committee’s report to be stepped down to enable him prepare for a written ruling which will be delivered at the beginning of next meeting.