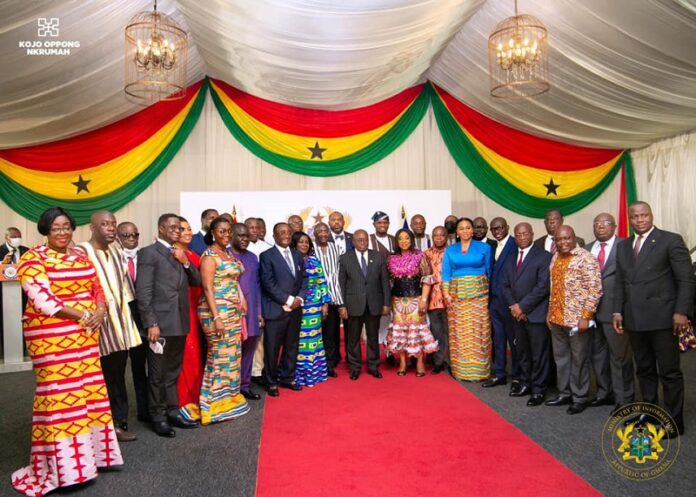 The President of the Republic of Ghana, Nana Addo Dankwa Akufo-Addo has sworn in twenty-eight of the twenty-nine ministerial nominees who were vetted and approved by Parliament.

The event took place at the Jubilee House, seat of government on Friday, March 5, 2021.

The Minister of Chieftaincy and Religious Affairs Ebenezer Kojo Kum, could not be sworn in due to ill health, the President disclosed at the event.

Mr. Ken Ofori-Atta, the nominee-designate for the Ministry of Finance is the only nominee yet to be vetted by the Appointments Committee of Parliament.

The Finance Minister-designate is currently in the United States for medical treatment.

President Akufo-Addo said “I have thus sworn into office twenty eight of the thirty nominees I sent to Parliament. I must express my sincere gratitude to Parliament, that is to the Rt Honourable Speaker, to the Honourable Chairperson and the Members of the Appointment Committee, the honourable Majority and Minority Leaders and to all honourable members of both sides of the House my gratitude for the expeditious and firm manner with which the scrutiny of my ministers was carried out.”