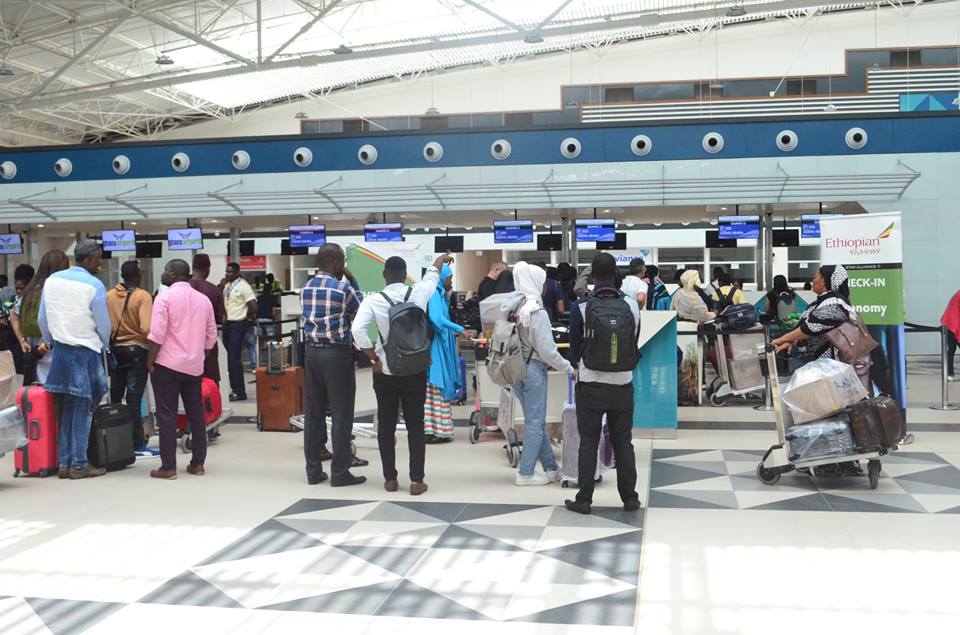 A total of 2,160 stranded Ghanaians in different parts of the world have been profiled to be evacuated back to Ghana to reunite with their families, the Minister of Foreign Affair and Regional Integration, Shirley Ayorkor Botchway, has revealed.

www.politicoghana.com understands that additional arrangements are in progress by the Government of Ghana to assist with the evacuation of some stranded Ghanaians in other countries such as Belgium, Canada, Denmark, Germany, Italy, South Africa, Spain, Netherlands, Niger, Nigeria, Norway, Kenya, Ethiopia and Switzerland.

Addressing Parliament at a sitting on Friday, June 5, 2020, Madam Ayorkor Botchway said the decision was premised on the alert from World Health Organization (WHO) that the novel Coronavirus is most likely to remain a global public health issue until a vaccine is developed.

Her comments were in response to a question filed by the National Democratic Congress (NDC) Member of Parliament (MP) for North Tongu constituency, Samuel Okudzeto Ablakwa over government’s plans for evacuating Ghanaians currently stranded abroad due to the closure of the country’s international borders as a result of measures to prevent the importation of the novel Coronavirus (COVID-19).

Furthermore, the decision was informed by the data gathered by the country’s Diplomatic Missions abroad on the categories of Ghanaians who were stranded.

The evacuation she noted, will be done in phases to ensure that a well-coordinated exercise which is largely informed by financial and logistical considerations namely; the capacity of the country’s isolation centers to hold large numbers of evacuees as well as human resource capacity of the National COVID-19 Task Force comprising personnel from various security agencies.

The evacuation exercise, the Foreign Affairs Minister added, has been categorized into four (4) groups as follows; ability-to-pay, Government funded evacuation, distressed/destitute as well as deportees.

Seven (7) out of the 2,160 stranded Ghanaians have returned from Nigeria. They arrived in the country on Thursday, June 4, 2020. Fifteen (15) stranded Ghanaians out of the 2,160 are also expected to return home from Mauritania on Friday, June 5, 2020 with a further 69 expected to return to Ghana from Turks and Caicos, Washington D. C. and Burkina Faso on Saturday, June 6, 2020.

“It should be noted that these requirements in the host countries such as permits, over flight, and landing clearance, which may result in changes in the scheduled dates of arrival”, she stressed.

“The Foreign Ministry is also in discussion with the Scholarships Secretariat and the National COVID-19 Task Force to finalize arrangements to evacuate 141 Ghanaian students who completed their language proficiency courses in Benin last month, using STC buses. Now arrangements are in place to evacuate them on June 13, 2020”, noted the Foreign Affairs Minister.