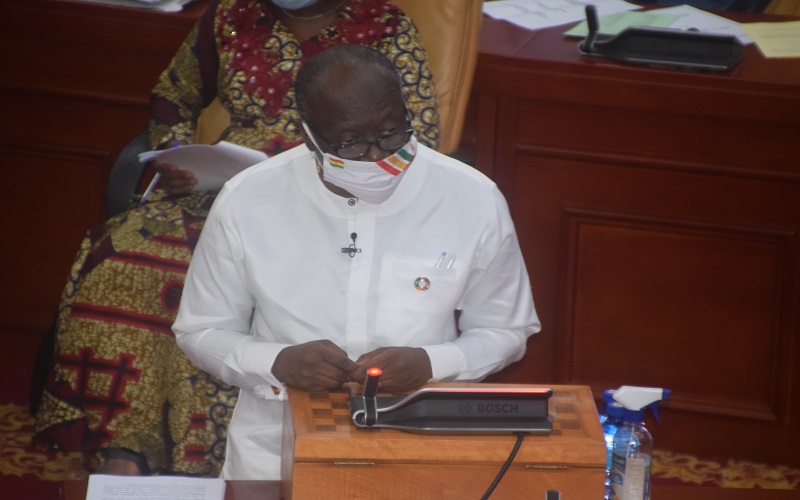 The Minister of Finance, Ken Ofori-Atta has revealed that for the past three and half years of the administration of the President, Nana Addo Dankwa Akufo-Addo, the country has spent in excess GH₵4.7billion in the power sector.

“We have relegated dumsor to the past. It is clear to our fellow Ghanaians by now that we have enjoyed three and a half years of a reliable and cheaper power. We’ve spent in excess GH₵4.7billion on capacity payment not only to ensure that we put the lights on but also to pay for power we do not use under very questionable contractual obligations we inherited”, he noted.

Mr. Ofori-Atta made this observation when he appeared on the floor of Parliament on Thursday, July 23, 2020, to move the motion for approval of about GH₵11billion Mid-Year Review of the Budget Statement and Economic Policy and Supplementary Estimate for the 2019 financial year. When approved, it means Ghana will be spending about GH₵98billion for the 2020 financial year.

The Finance Minister is enjoined by the Article 179(8) of the 1992 Constitution to seek supplementary budget approval from Parliament when the amount of money appropriated by the Appropriation Act for any purpose is insufficient or a need has arisen where there is no money to spend.

Article 179(8) states “Where, in respect of a financial year, it is found that the amount of moneys appropriated by the Appropriation Act for any purpose is insufficient or that a need has arisen for expenditure for a purpose for which no sum of moneys has been appropriated by that Act, a supplementary estimate showing the sum of money required, shall he laid before Parliament for its approval.

The presentation of the mid-year budget review was delayed three more hours against the 10:00am as advertised by the House.

This was heavily criticized by the Minority in Parliament. They accused the Finance Minister of changing the content of what was agreed upon in Cabinet.

Ranking Member of the Finance Committee and NDC MP for Ajumako-Enyan-Essiam constituency, Casiel Ato Forson, said upon a meeting with the leadership of the New Patriotic Party (NPP), Mr. Ofori-Atta was compelled to make some changes in the contents of his presentation.

“You can’t do that. It is going to be a new budget that would propel their election success,” he said.