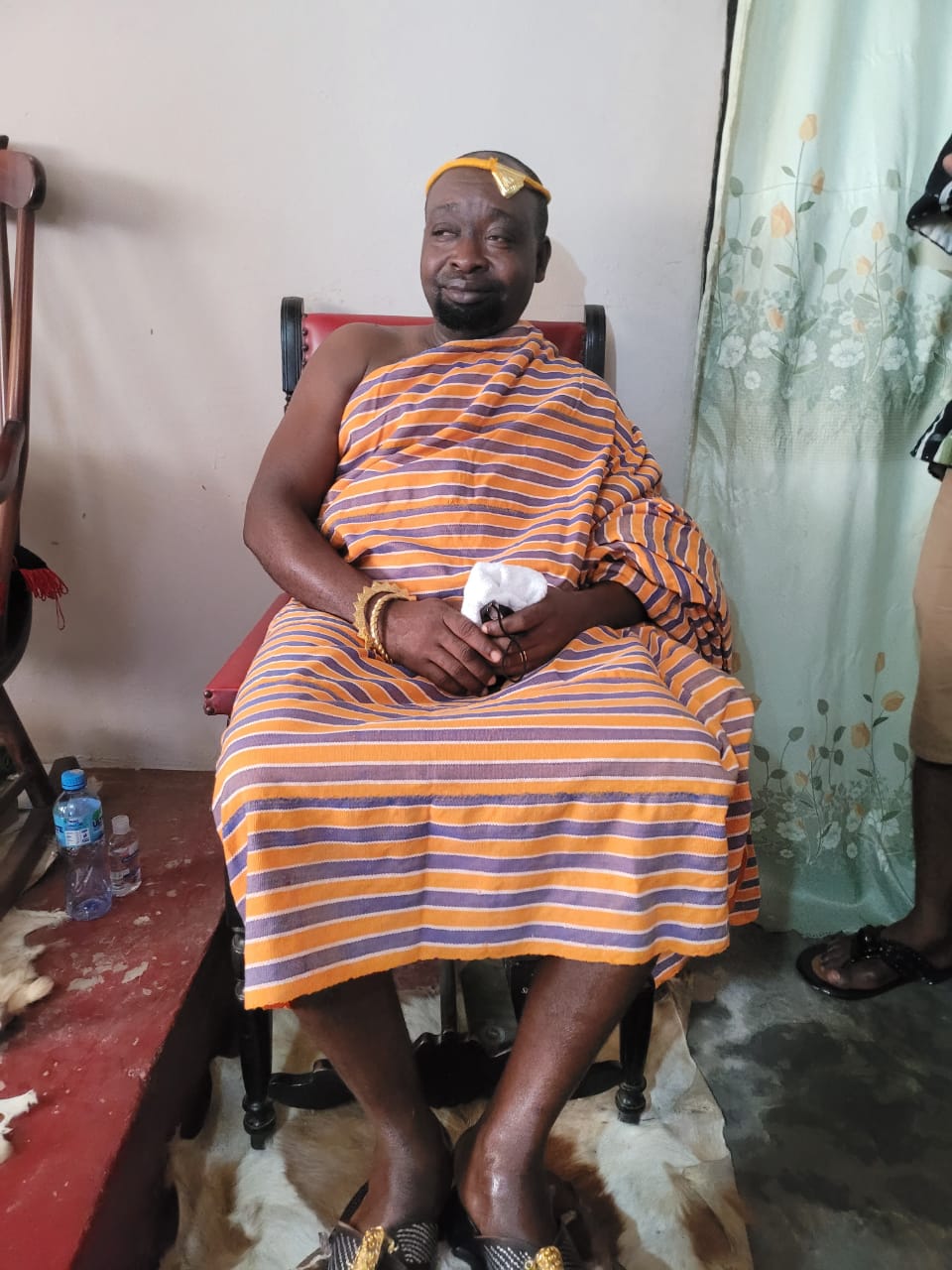 The Chief of Anum-Asamankese Traditional Area in the Eastern Region, Barimah Essah Kwasi Mensah Bediako III, has issued a terse warning to gays and lesbians to stay out of his community because he won’t stop short of having them stoned if caught.

He warned that as far as he continues to be the Anumhene, people who have chosen to tag themselves as LGBTQ+ and who engage in sodomy will not be spared if caught in the act.

According to him, it is imperative to take drastic action against sodomites because that act is a terrible curse without equal on human existence.

Addressing the people during the Akwasidae durbar at Anum Ampene Kotoko Ahenfie on Sunday 31th October, 2021, Barima Mensah Bediako III questioned how a male would ever wish to have sex with another male or woman with another woman.

“How is that possible and what is the logic in that,” he quizzed?

“I am issuing this stern warning that I will not entertain any LGBTQ+ in Anum as the Anumhene,” he warned.

He narrated that a few months ago he attended a funeral in his area and was informed by one of his sub-chiefs that a certain young man nicknamed ‘Madina Broni’ who has reportedly transformed himself into a woman and well-known for his gay activities  was also attending the funeral.

Barima disclosed that he immediately dispatched some of his guards to apprehend the alleged sodomite but he absconded when he got wind of the situation.

He said, “If they had managed to get this young man, I would have dealt with him mercilessly. I would have done what the Arabs do to such people when they arrest them. He would have been lashed more than 500 times with a leather whip,” he said.

He warned young men of Anum who have taken this ‘Madina Broni’ as friend and are subtly plotting to introduce sodomy into his community to be careful because when they are caught he will not stop short of having them stoned.

“Even if the entire world would accept LGBTQ+, the community of Anum-Asamankese will never accept it.”

Barima Mensah Bediako III expressed his unflinching support for the anti-gay bill, the Promotion of proper human sexual rights and Ghanaian family values Bill 2021, and urged Parliament not to dilly-dally but to pass it into law quickly.

According to him, a specific anti-gay law is the only way to protect Ghanaian children and the state as a whole from such aberration that the West is determined to push down the throat of others as normal.

Anum-Asamankese, he said, stands against LGBTQ+ and is eager for the law to be passed to ensure the community is protected from such evil and accursed activities.