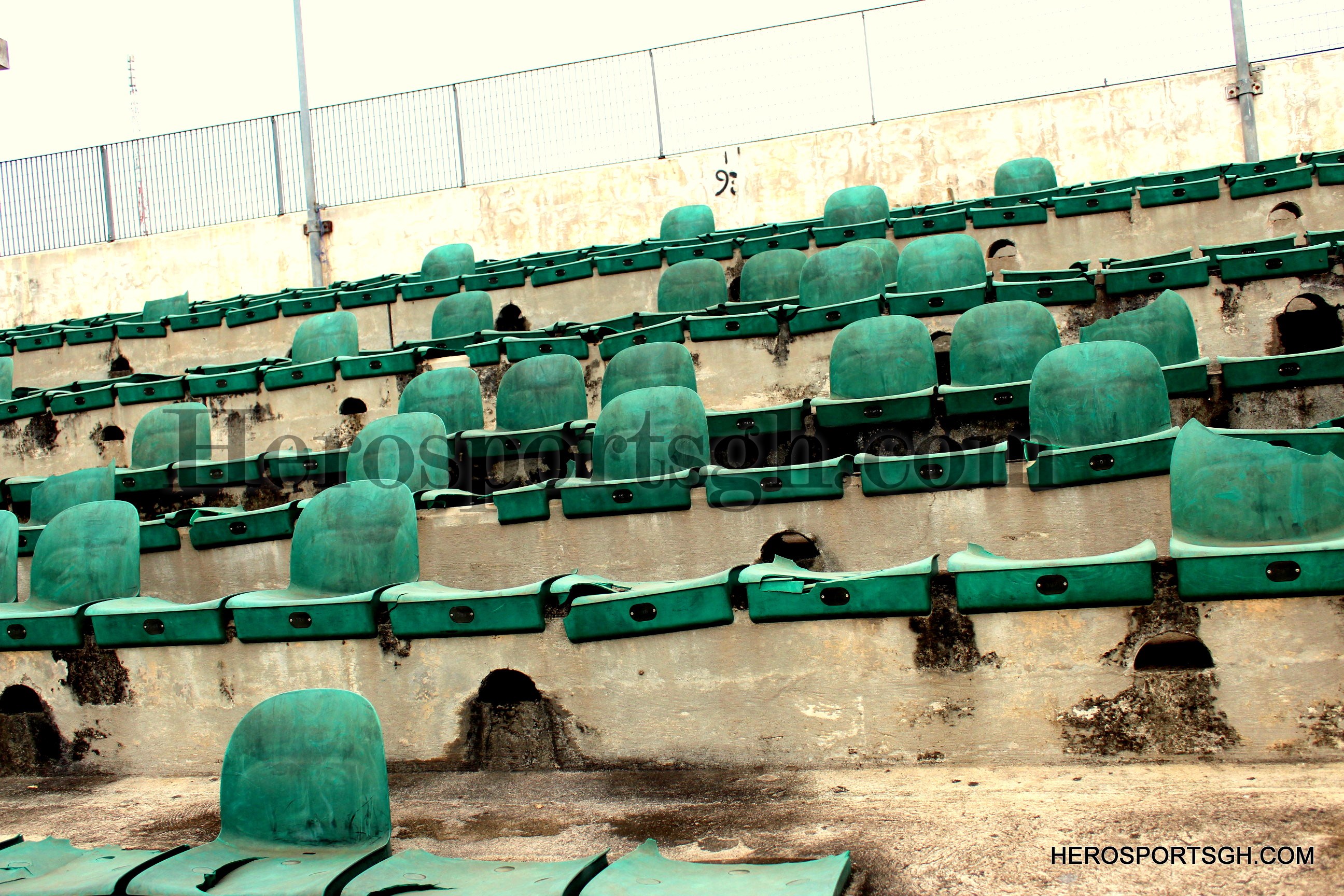 An amount of GH₵180,494 representing 90% of the GH₵203,688 meant to replace 2,829 broken seats at the Baba Yara Stadium has been spent on accommodation, feeding, and the payment of allowances for National Sports Festival held from August 31 to September 7, 2017, a report by the Auditor-General has revealed.

Additionally, GH₵9,260 was used to start the tendering process for the replacement of the broken seats while a further GH₵3,000 was expended on Protocols – visit to Manhyia for National Sports Festival, leaving a balance of only GH₵10,934.00.

The National Sports Authority (NSA), the culprit in this endevour, had surcharged the Ghana Education Service (GES) of GH₵203,688 for the replacement of the broken seats at the stadium during the Super Zonal Athletic Competition held on February 26 and 27, 2015.

Instead of using the money for its intended purpose, the NSA rather decided to spend the money of Sports Festival, with the 2,829 damaged seats still unattended to.

The findings which was contained the “Performance Audit Report of the Auditor-General on the Sustainability of Sports Stadia in Ghana, however, revealed that the Regional Accountant of the NSA when contacted by auditors explained that the Director-General asked management to use the money as loan.

However, there was no correspondence on file to show that the money was given out as loan for the Sports Festival.

The NSA Head Office has therefore, been told by the Auditor-General to refund the amount of GH₵180,494 used for the 2017 National Sports Festival to the management of the Baba Yara Sports Stadium to enable them replace the broken seats.

The audit was to determine whether the Ministry of Youth and Sports (MoYS) and the National Sports Authority (NSA) have carried out their oversight responsibilities and implemented measures to ensure the physical and financial sustainability of sports stadia in Ghana.

It was carried out from August 2017 to December 2018 at the Ministry of Youth and Sports and National Sports Authority and covered the period of 2012 to 2018. The audit focused on oversight responsibilities, maintenance of stadia and revenue general.