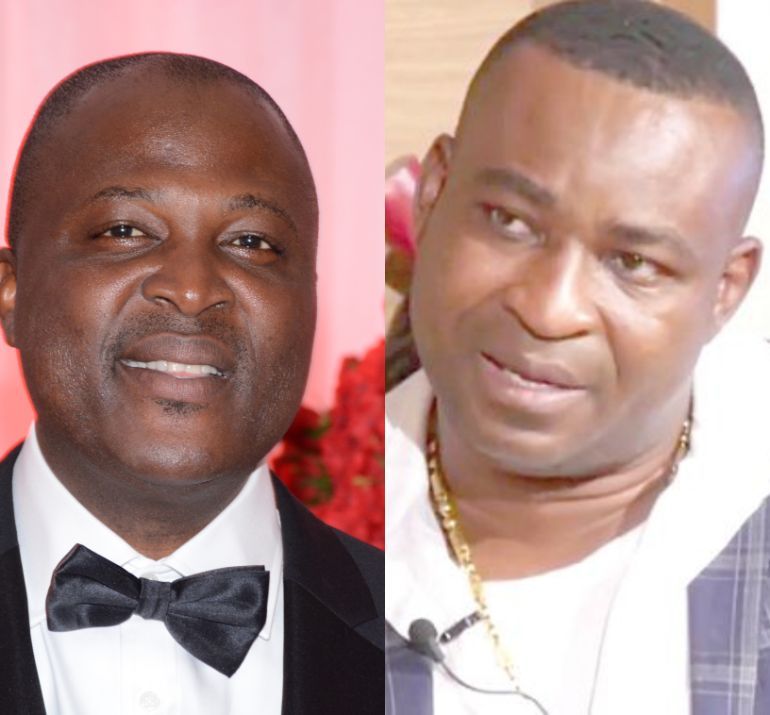 The businessman is demanding among other things a GH₵5,000,000.00 compensation for damages caused him by the maverick politician.

He also wants a retraction and an unqualified apology to be published in the Daily Graphic as well as the various mediums that published the alleged defamatory stories within seven days after the court’s ruling.

The suit comes after the NPP Chairman accused Mr. Mahama of amassing wealth illegally during the period under which his brother, John Dramani Mahama, ruled Ghana.

The alleged defamatory comments were made by Chairman Wontumi on ‘Wontumi Morning Show’ which was broadcasted by Kumasi-based Wontumi TV, a stationed owned and operated by the maverick politician.

Same was published on www.wontumionline.com, the Youtube channel of the television station as well as www.dailymailgh.com. Wontumi TV and dailymailgh.com were joined in the suit.

“He has bought a car, it is said he has bought a car for Hajia for Real. Then he has bought a house and given it to her in addition, then he has snatched Kenpong’s girl. Because the money that [he has], it was when we just came into power, that his brother went and stole money for him. Do you understand?,” Chairman Wontumi is reported to have said in the local Twi language (which has been translated) on his Wontumi TV.

In a writ, Mr. Mahama said the ‘false’ comments have hurt his reputation by being portrayed among right-thinking people as a person of moral decadence who is not law abiding, a thief and a corrupt person.

The defamatory comments by Chairman Wontumi, he added, would prevent other business entities from dealing with him because of the damages caused his reputation.

Below is the writ of summons: 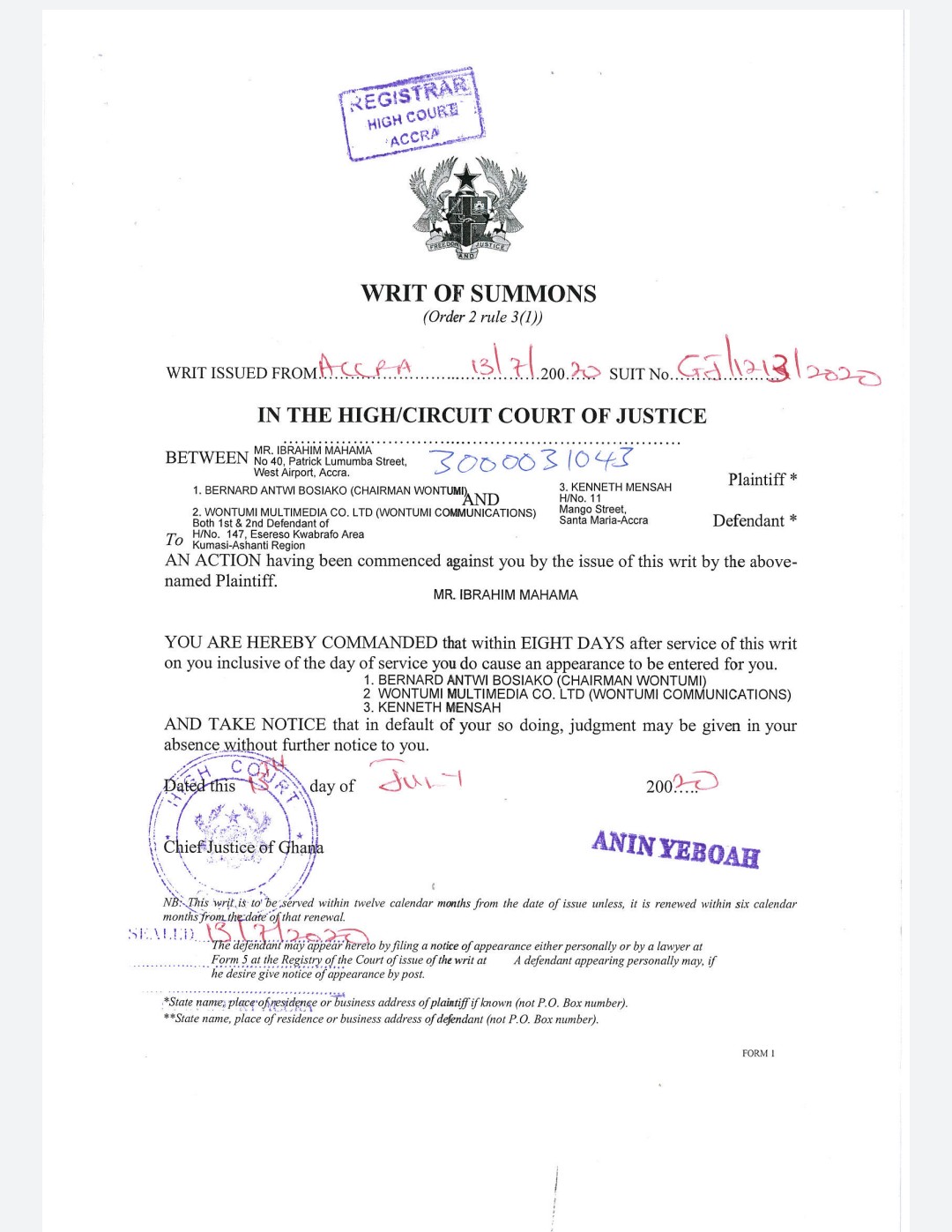 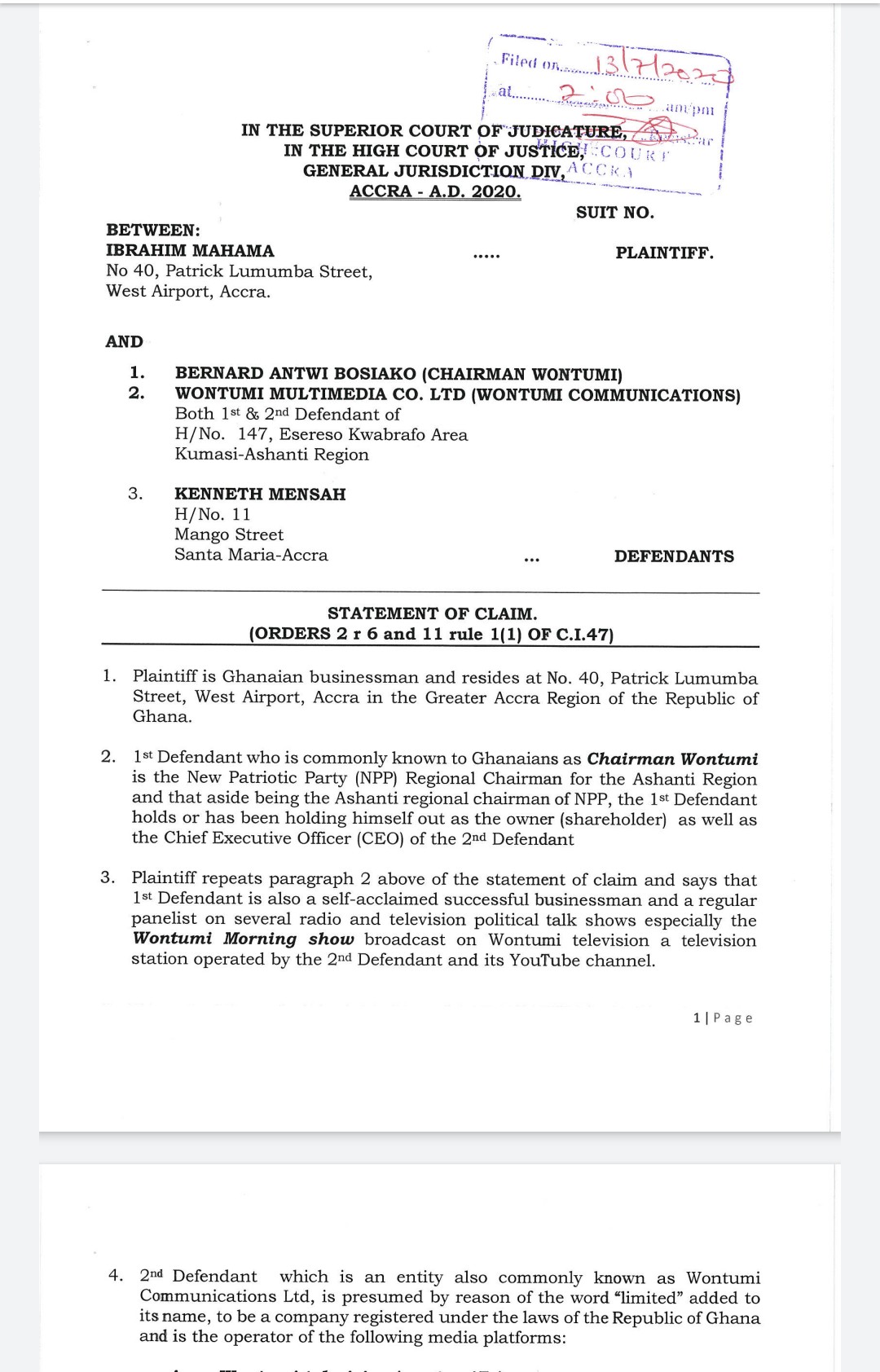