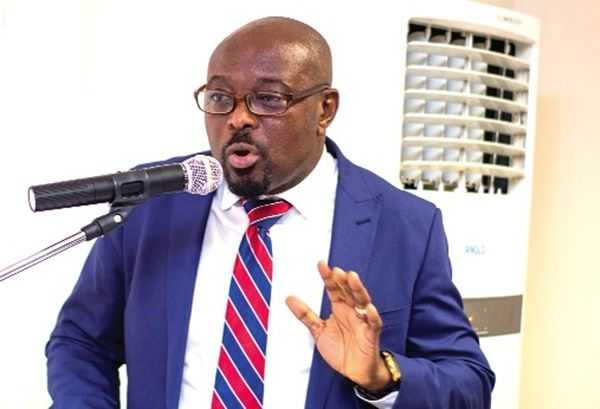 The Managing Director for the Electricity Company of Ghana (ECG), Mr Kwame Agyemang-Budu, has indicated that the government has cleared its GH¢ 2.63 billion legacy debt owed the state entity.

Mr Agyemang-Budu made this known when he took his turn to address a Facebook live session hosted by NPP Loyal Ladies.

He further intimated that, the debt cleared by the Akufo-Addo government is unprecedented, as government now has a credit balance with ECG to the tune of about GH¢550,000,000.

On the assumption of office of President Akufo-Addo in January 2017, the state owed ECG, its main power distributor, an accumulated debt of GH¢ 2.63billion, incurred by the erstwhile Mahama government.

Citing some achievements of the ECG in the last three and a half years, Mr Agyemang-Budu mentioned that their revenue collection had increased.

As a result, they had minimized their losses in addition, realised huge profit margins, which was not the case under the previous government. He also cited the “ECG power” app built in-house to afford consumers the luxury of purchasing power at the comfort of their homes.

He commended the government on its commitment to ensuring sustained power supply to all parts of the country, all year round.

He said businesses that were on the verge of collapse due to “dumsor” under former President Mahama, are now doing well and expanding.

On their challenges, Mr. Agyemang-Budu bemoaned the spate of illegal connections, power theft and delay in payment of bills by consumers.

“Loyal Ladies live” is a live session hosted by NPP Loyal Ladies on its social media handles. The initiative provides a platform for appointees of President Akufo-Addo’s government, the opportunity to engage Ghanaians on how they have executed their mandates in the last three and a half years.

Next on the program will be the Director General of the Ghana Standards Authority, Prof. Alexander Dodoo on Wednesday, June 10, at exactly 6pm.